What Does Gear Ratio Mean On A Fishing Reel?

Home » Learn How to Fish – Fishing for Beginners – Tips on Bass Trout & More » Rod and Reels » What Does Gear Ratio Mean On A Fishing Reel? 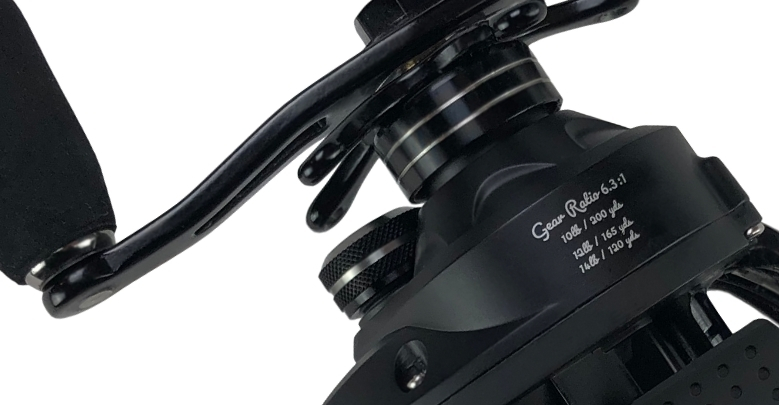 What Does Gear Ratio Mean On A Fishing Reel?

May 8, 2021 Posted by Andrew Courtillet No Comments

Gear ratio is a subject that you can make as complicated or as simple as you want. This article focuses on what gear ratio means on a fishing reel and how it affects your fishing experience. It doesn’t go into depth on the technology and functions of the gears. If you want the nuts and bolts of the technology inside the reels, this article isn’t for you.

So—what does gear ratio mean on a fishing reel?

The gear ratio on a fishing reel represents the speed it reels in the line. Also known as line recovery rate.

Gear ratios vary from reel to reel, but they’re all represented in the same manner. 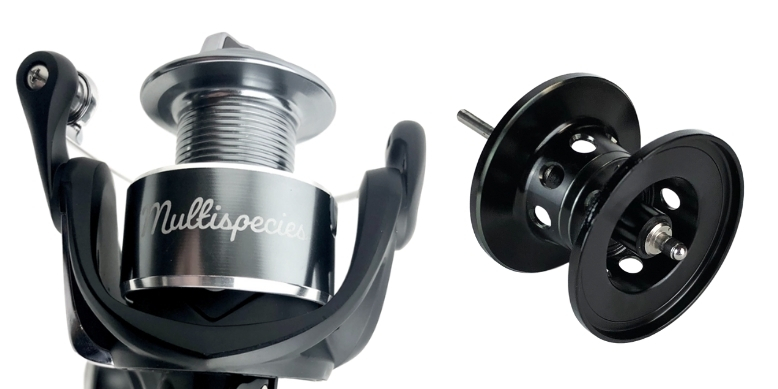 #:1 Means 1 Full Turn of a Spinning Reel Handle or 1 Full Spin of a Baitcaster Spool

The real answer is it depends. It’s only important if you want it to be. Many experienced fishermen with years of experience go their whole lives without worrying about gear ratios. For all intents and purposes, having the “wrong” gear ratio will not prevent you from catching fish. Nonetheless, a gear ratio suited to your style of fishing can enhance your effectiveness and reduce fatigue. If you don’t want to worry about it, here are the well rounded ratios to effectively fish in general scenarios.

5.3:1 for a Freshwater or Saltwater Inshore Spinning Reel

4.9:1 for a Saltwater Surf Fishing Reel

How Your Gear Ratio Affects Your Fishing Endurance

Musky are big fish who eat big fish, and one tactic to entice them is to retrieve the bait very fast. If a musky fisherman used a reel with a low gear ratio to reel in a bait very fast, it would require more work (effort) to retrieve than if he used a high gear ratio. Is this significant? In this case—yes, it can be very significant if this becomes exhausting and tiresome. In the folklore of musky in Minnesota, it is said to take 10,000 casts to catch a musky. Strange coincidence for the land of 10,000 lakes.

Using a high gear ratio in this case will cause less fatigue and physical stress after a long day of fast retrieves, allowing for less resting and more fishing. In addition, the musky fisherman can more effectively work the lure and consistently give it the very fast action it requires, comfortably.

Side note: Work can be thought of in physics terms, Force x Time.

The real answer depends on how you plan to fish. In general, we recommend a gear ratio around 4.9:1 for saltwater applications. Here is an opposite example of the musky fisherman. This slower range is great for bait rigs since they require a slow retrieve to keep the bait on the hook when you retrieve. It also helps keep the bait in the strike zone longer when you move the bait along the bottom, such as for flounder or red drum (redfish).

A gear ratio of 4.9:1 is great for all-around use of lures as well. Don’t worry if your gear ratio is slower though, you can still work lures effectively. You’ll just have to put in extra effort to reel faster. Keep in mind that saltwater reels generally have larger spools—especially surf reels—giving them a higher IPT then their smaller freshwater counterparts with matching gear ratios. See IPT section above.

What is the best gear ratio for bass fishing?

However, unlike saltwater fishing, using live bait for bass fishing is not very popular. Artificial lures are the predominant baits used for bass fishing. For this reason, we recommend using a medium gear ratio around 6:1 like our bass reel to cover the large variety of bass lures. This speed puts your artificial crankbaits and spinnerbaits at the general speed of a baitfish escaping predation.

A medium gear ratio will allow you to effectively fish lures both slowly and quickly. You can slow down and fish swimbaits and deep-diving crankbaits slowly, and then rev up to catch the slack created from fishing worms, jigs, jerkbaits, and topwater. Generally, serious bass fishermen use a fast gear ratio for lures that produce slack in their line, or when they need to get the fish out of heavy cover quickly. The quicker you can reel in slack, the quicker you’re able to control the lure, set the hook, and bring fish out of heavy cover. However, bass pro’s maintain dozens of rod and reel setups for this purpose (thousands of $$$). An average angler can do all this effectively on 1 baitcaster with a medium gear ratio. You just need to physically reel faster to produce the speed and slow down when appropriate.

If you plan to fish primarily with soft plastics, we recommend using a medium to fast gear ratio around 6:1 or faster.

Soft plastics, especially plastic worms, are great for working around heavy cover and places you’re likely to snag. In these scenarios, try to bring the fish out of the cover as fast as possible. This helps to prevent getting snagged or wrapped around cover. Fast gear ratios are great for this. Medium gear ratios work too, but again—you’ll have to physically reel faster to speed it up. So if you have the budget, this is a good scenario to invest in a fast reel and a medium reel.

Best Gear Ratio For All Around Fishing

Unless you plan to fish avidly, finding the right rod and reel is more important than selecting the right gear ratio. There isn’t really a perfect gear ratio for all-around fishing. The goal is to find the gear-ratio-of-best-fit that can accommodate a large variety of fishing methods. For this, we recommend using a slow to medium gear ratio from 4.9:1 to 6:1 for all-around fishing like those found in our fishing combos. This will allow you to effectively use the widest range of lures and baits. 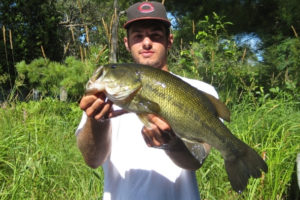 The Best Time To Bass Fish

Largemouth bass is the most popular species in North America,[...] 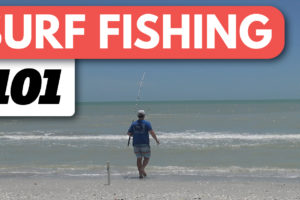 Surf Fishing For Beginners: Ultimate Guide on How to Surf Fish

This is the Ultimate Surf Fishing Guide for beginners. It[...] 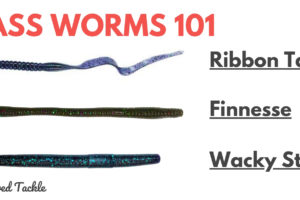 Fishing with plastic worms is a great way to catch bass. Available[...]