The Best Time to Fish for Crappie 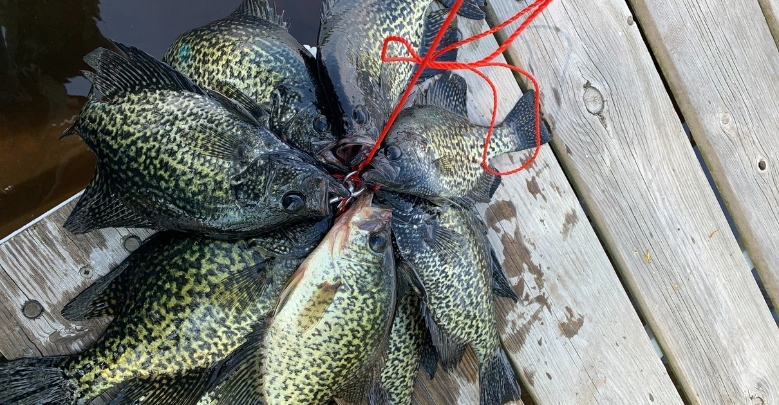 The Best Time to Fish for Crappie

While crappie are a part of the sunfish family, they can seem like a whole different species. The best time to fish for crappie is not the same as it is for its bluegill and sunfish cousins. Crappie require different tactics and some know-how to really get into them. They’re more challenging than bluegill, but it’s the challenge that attracts many fishermen and turns them into hardcore crappie fanatics. A successful day usually comes in the form of multiple crappie. At the end of the day, it’s their size, behavior, and abundance that combine for a fun challenge for a great tasting fish.

Best Time Of Day For Crappie

The best time of day to fish for crappie depends on the season. The best time to fish for crappie is at early dawn and dusk. But during the colder months it can be at the warmest time of day in the afternoon. Crappie generally feed most actively in low light, so this leaves the night as another great time to catch them as well if you have the opportunity.

During the coldest months, crappie are found in deeper water suspended off the bottom. How far off the bottom depends on the water temperature. This could be only 1ft off the bottom or 20ft. Know that they’ll leave cover to congregate in these warm areas if they have to. When the cold water temp doesn’t push them away from cover, then cover is where they’ll be for the rest of the seasons. A slight exception to this is during the spawn. If you’re within the ice belt, then it’ll be time to ice fish for crappie and even have a chance at catching some big “slabs”. If you’re just beginning to ice fish, we’ll get you started.

When the water temp starts to breach the upper 50s into 60s, depending on your area, crappie will start to make their spawning beds in calm areas protected from wind and waves. Spring spawn is a best time to fish for crappie. Search bottoms made of small gravel or places with lots of wood cover. Males will clear out beds in these areas and stay to protect them during the spawn, making them very aggressive. If the water clarity is low expect them to make beds in shallow water, as shallow as 1ft in areas. Expect deeper beds the higher the water clarity. Sometimes this pushes them out to areas around 20-30ft deep, usually adjacent to a channel or on the edges of thick weeds. The slip bobber rig with live bait or a white curl tail grub are great tackle choices for this time of year. You can find both in our Freshwater Fishing Kit.

Spring Crappie caught on a slip bobber rig from our Freshwater Kit with a leech.

As the water temperature warms after the spawn, crappie will hang out close to deeper cover such as thick vegetation, humps, holes, rock piles, stump flats, sunken logs, and brush piles. Cover and structure combined with weeds are even better. As the temperature continues to warm and spring ends and summer rolls on, expect crappie to be around cover in less than 15ft of water. Which cover and where they are around the cover will change daily. But it’s at this time of year when they’ll vacate their cover around dusk to start feeding in shallow water on baitfish and any insects rising to the surface to hatch. In areas with larger crappie, or “slabs”, you can watch as they make the water boil as they chase and feed on baitfish. This is another best time to fish for crappie. Once the temp starts to fall you can expect them to start holding deeper around cover. Once it reaches the 50s again you can expect them to start heading to deep water to wait out the colder months.

Which Time Of Year?


The best time of year to fish for crappie is… any time of year. Crappie can be caught all year long and we recommend to get out and fish when you can. If you’re on the ice belt, then you’ll need much more equipment and clothing than you do during the summer. For this reason, we don’t recommend ice fishing unless you’re determined to stick with it. If this is the case, check out our ice fishing gear and resources. Summer crappie requires less gear plus the gear that you use will be more versatile than ice gear. While summer crappie may not congregate like they do under the ice, they are more accessible and more aggressive. 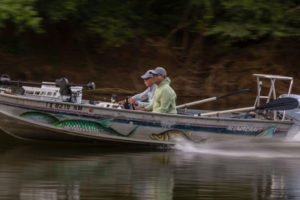 Interview with Miles Nolte of MeatEater Fishing We had the[...]

Brown trout are one of the most popular trout species[...] 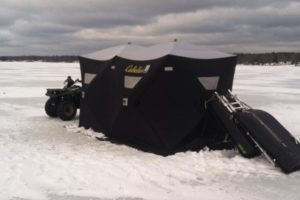 Ice fishing is a rewarding sport, but you do not[...]