How to Surf Fish for Spotted Sea Trout 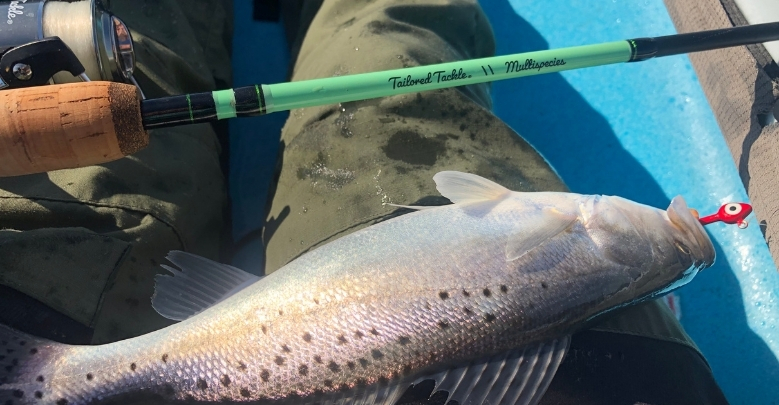 How to Surf Fish for Spotted Sea Trout

Spotted sea trout are one of the most popular fish for surf fishermen along the southern east coast and the gulf coast. Though they don’t get as big as their redfish cousins, they’re beautiful fish that fight hard and are delicious to eat. Spotted sea trout are also known as speckled sea trout. Furthermore, weakfish are a subspecies of sea trout that populate the northeastern coast. All of the rigs, lures, baits and techniques are the same for all subspecies of sea trout so we will use the names interchangeably.

If you’re a beginner, then using natural bait is a great way to start. For speckled trout, shrimp makes for an excellent bait. Try to buy it fresh, not frozen, but if you have to buy it frozen it’ll still work well. Just like their redfish cousins, speckled trout like a big meal, so use a whole shrimp. No need to cut it into pieces. We recommend rigging the shrimp onto a bottom rig with J style hooks. Squid, smaller cut fish, and crabs work well for speckled trout as well. If you plan to use crabs, then peeler crabs are the way to go. These are crabs in their vulnerable, pre-molt stages before forming a hard shell. Lastly, have you ever notice the little buggers burying in the sand after a wave recedes? Those are mole crabs, known as sand fleas. They make great baits for all sorts of surf species including speckled trout. Because they are so small, try to catch a dozen so you can stack two or three on a single J hook. 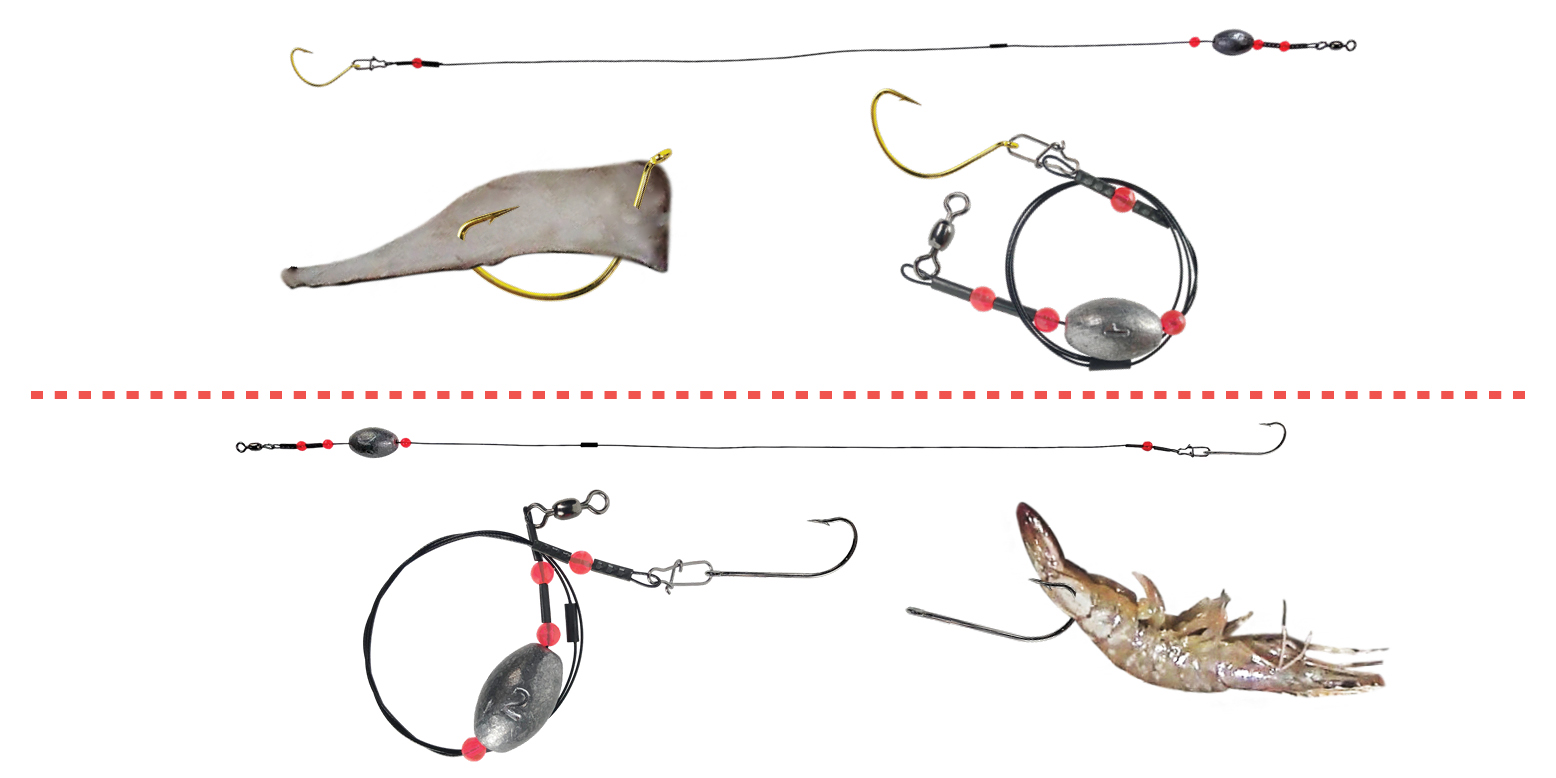 Jigs rigged with a soft plastic are a great artificial bait to use. This combination mimics baitfish and shrimp. There are many choices of soft plastic styles and colors to use, but for starters we recommend using a simple white soft plastic with a curly tail like that found in our surf fishing kit. A red jig head with a white grub is arguably the best fishing lure of all time. Soft-plastic shrimp on a jig is also a deadly combo that many fishermen rely on. If you’re fishing in grassy areas, then use weedless jigs to help keep the weeds off your hook. Speckled trout will avoid bait with weeds caught on the hook, and might even scare them away because it looks abnormal. 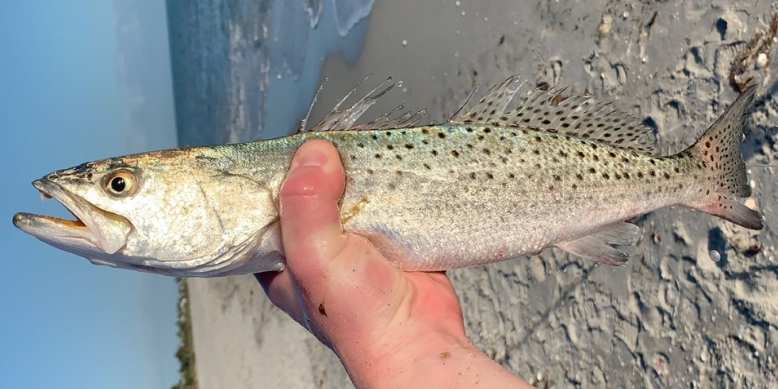 If you’re in an area with a clean surface, then topwater baits can work well to draw surface strikes. Since speckled trout are often found in calmer areas, anything on the surface is liable to get noticed. This is when a noisy topwater bait can get a lot of attention. A great all-around topwater for this is a “walk-the-dog” style popper lure about 4 inches long, similar to what’s in our surf fishing kit. White and chartreuse are great colors for starting out, but sometimes more natural colors are preferred by speckled trout on a sunny day if the water is very clear. When using a “walk-the-dog” style topwater, work the lure to give it action. When done correctly, it should resemble a “zig-zag” pattern, moving side to side, that mimics a wounded baitfish.

Where to Fish for Speckled Sea Trout

The key to finding sea trout in the surf is reading the beach. If you see waves breaking not far from shore, chances are you found a sandbar. Focus your fishing in the area between the sandbar and the shore, also known as the trough. Sometimes this area is only 20-30 yards wide, but it can be over 100 yards in some areas. Within the trough, try to locate a point jutting out from the beach or a cut in the sandbar and fish these areas during the time when the tide is moving. This is often the best time to surf fish in general. Sea trout like to wait in the slacker water as the current sweeps through the cut or over the point. If you can locate a rip-tide or an area where the water concentrates before receding, that can also be the ticket. During a rip-tide, even a very weak one, the water stirs up a lot of sand from the bottom which pushes baitfish and crabs through moving water. Sea trout stage in the areas surrounding inflows and outflows of water to ambush incoming prey. 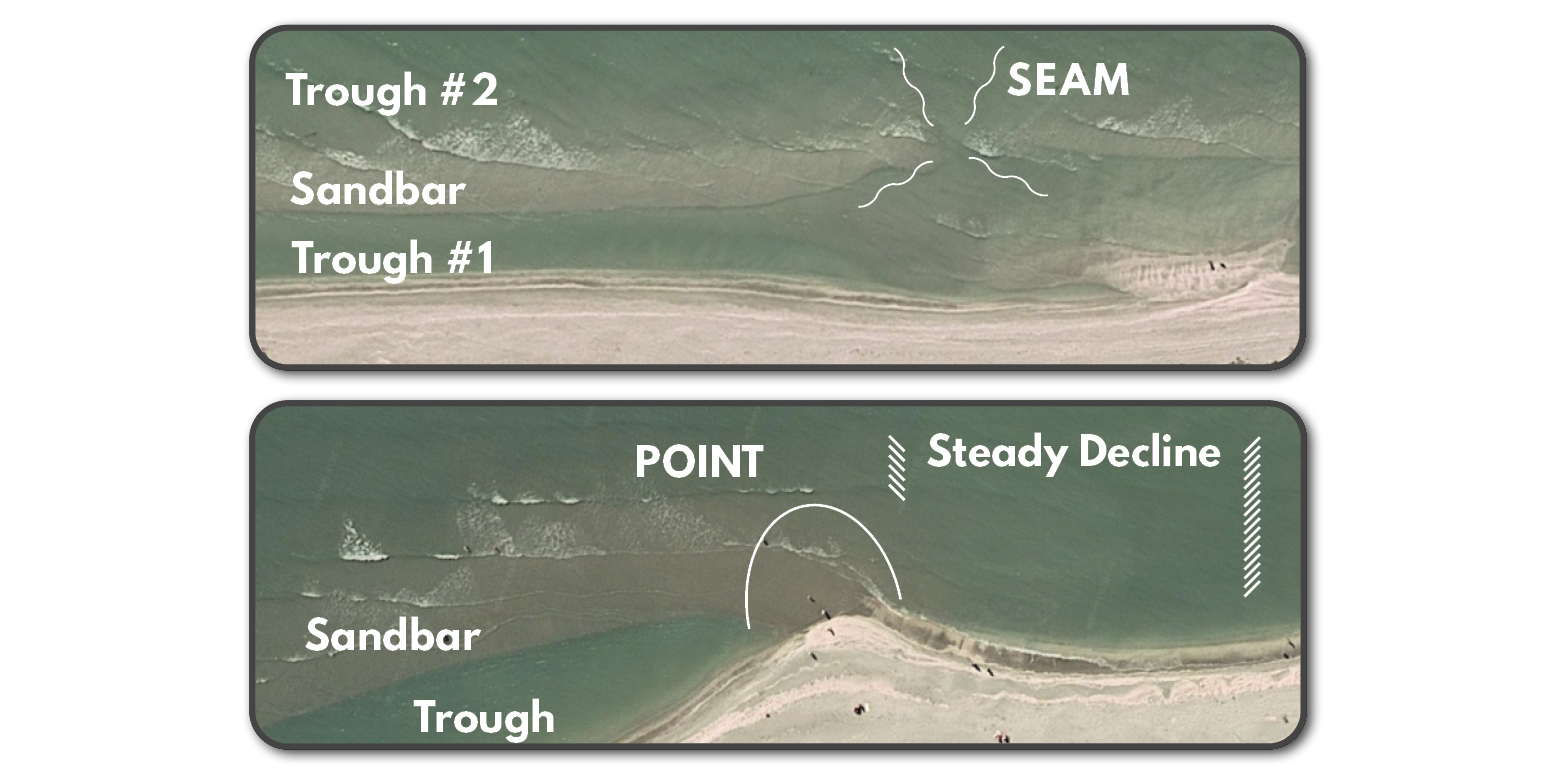 When fishing a trough, walk along the trough and stop at different spots to cover water and locate sea trout. For this method, use topwater lures and jigs as described above. When you find a structural feature that may be productive, fish it longer. If you catch a trout, get a bite, or just see active baitfish, this may be a good time for a 2 pole approach. Set up one surf rod and reel with natural bait cast into the specific area of activity. Work around the surrounding area with your artificial lure. This way you bring in fish with the artificial bait. If they are finnicky, the natural bait should close the deal.

Locating inlets and entrances to back-bays, creeks, or waterways from the surf are also great locations to fish. The easiest way to find these areas is to look at an online map or app like our Places to Boat and Fish Maps, Google Maps, Navionics, or Fishbrain. Spotted sea trout love to congregate in these backwater areas, as well as many baitfish. Speckled sea trout hide in the grass or just around the bend of an entrance. During a moving tide, baitfish are heavily influenced by the in/out current and become susceptible to a sea trout staging the entrance. Fishing just inside and outside of these inlets and entrances can be very productive. 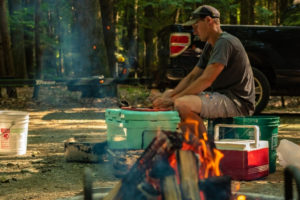 How to Clean a Fish: Gut a Fish, Scale a Fish, Fillet a Fish

Freshwater and Saltwater provide a bounty of fish that are[...] 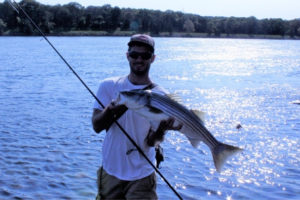 Striped Bass Fishing for Beginners in the Surf

Where striped bass are found in abundance, they’re arguably the[...] 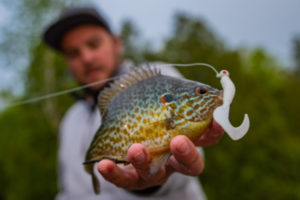 The Best Time to Fish for Bluegill and Sunfish

Bluegill and sunfish are some of the most abundant freshwater[...]