How to Fish for Shad: American & Hickory Shad Fishing during the Spawn

Home » Learn How to Fish – Fishing for Beginners – Tips on Bass Trout & More » Freshwater Fishing » How to Fish for Shad: American & Hickory Shad Fishing during the Spawn

How to Fish for Shad: American & Hickory Shad Fishing during the Spawn

Every spring American and Hickory shad make their way from the Atlantic into freshwater rivers and streams to deliver their yearly spawn. Some invasive populations even make this migration from the Pacific to some rivers on the west coast, like the Columbia river. At this time, thousands upon thousands of shad become accessible to all anglers, both new and experienced, shore-bound, and all those who can float. These shad are well known as great fighters for their size, sometimes called “poor man’s tarpon”. Learning how to fish for shad brings on a lively action activity that is great for groups and kids.

The key to timing the shad spawn is water temperature. Around 55° F is the temp to watch for, but once it hits the 50°s you can start to expect them and test the water. When the water temp rises and stays consistent, you have a short timeframe to fish before they finish spawning. This time span usually lasts a month to a month and a half. During this time, shad move up the river and spawn in very dense schools. However, in years with odd temperature fluctuations, you can expect a longer, more drawn out spawn with less density. It’s possible for the migration and spawn to last a little over two months under these variable conditions.

Key Indicators on When & How to Fish for Shad

1) Trees are beginning to blossom. (In the mid-Atlantic, pay attention to the cherry blossoms.)
2) Other anadromous fish are being caught, especially striped bass, white perch, herring, and alewives.
3) Ospreys, eagles, and cormorants are commonly seen diving for fish.
4) Small fish are breaking the surface consistently.
5) You snag them on accident and feel your lure bump into them constantly.

The most popular baits for shad are shad darts, curl tail grubs on a jig, and small spoons. Rig them in tandem with one on top and one on bottom. A go-to rig is a shad dart on top and a spoon on the bottom. When you are first learning how to fish for shad, be creative and switch between different colors and styles. Shad darts and grubs in white, chartreuse, orange, red, green, and pink are great colors to alternate between. For spoons, stick to silver or gold. Use 1/4 oz sizes and smaller, adding a split shot if you need to go deeper. Shad fishing is one of the few times we do not recommend using live bait.

Shad are a light-tackle fish. Our simple and versatile multispecies spinning rod and reel is a perfect choice for shad. Any medium power rod or lighter will work great. We recommend a medium vs a light power rating because many larger river species are feeding on shad. It’s very possible to hook up with a bass, walleye, or pike when working a spoon for shad. Spool your reel with 6lb test monofilament and that’s a perfect shad setup. You’ll handle shad of all sizes and be able to cast out light lures with enough distance. Shad can fight and make powerful short runs, so make sure your reel is built with a quality drag like ours are. 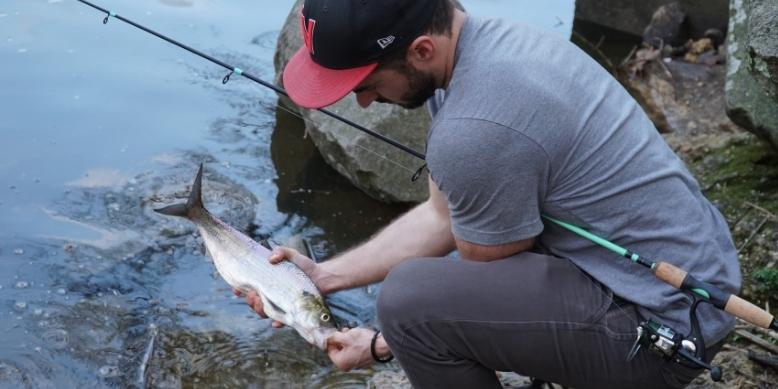 Where to Fish for Shad

The key to a great day catching shad is to find where they congregate. Barriers that slow down or prevent fish from moving up-current are great places to locate schools of shad. Look for dams, shallow riffles, bridges, and narrow corridors. Rivers get narrower and shallower as the shad move up-current, forcing them into smaller areas. Streams and small rivers that flow into the main river are great places as well to search for shad. The mouths and shoals of these intersecting inlets often create estuaries for shad to spawn. These are a good starting point in terms of locating structure. Extra bottlenecks around these inlets are a bonus.

If you’re shore-bound, focus primarily on narrow places. The furthest point shad usually go in rivers is called the fall line. The fall line designates the furthest point in the river influenced by the tide. Fall lines are typically closer to shore when you target a narrow bottle neck. Fish the fall line. If you can float, find deep holes and obstructions along the channel around 8-12 ft. These can be found deeper than 20ft as well but that is a less common location to reach from shore. Shad are usually found in the upper portion of the water column, so keep your retrieves fast.

Fishing Tips on How to Fish for Shad

1) Cover the upper water column. Try various depths to see how deep they are.
2) Alter your retrieve speed.
3) Switch colors often until you find what they’re hitting.
4) Pay attention to what other anglers are using.
5) If you catch a shad or get a bite, repeat exactly what you did on the next cast.

Shad are a heavily regulated species. Shad have been in decline in recent decades and have reached their lowest numbers in recent years. Gone are the days of eating smoked shad to start the season. You will not be allowed to keep shad in most areas now. Be sure to check your local fishing regulations to see what is and isn’t allowed. 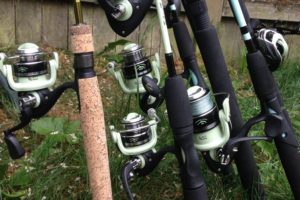 Picking the Right Fishing Rod & Reel If you are[...] 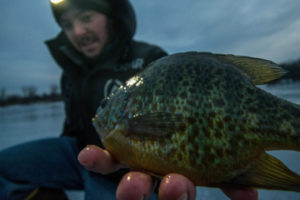 Ice Fishing for Bluegill: How to Catch Panfish Through the Ice

Bluegill are arguably the most common fish across the ice[...] 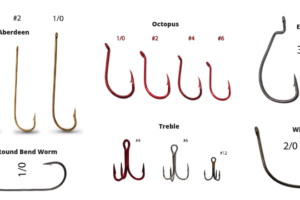 How Fishing Hook Sizes Work You can save a lot[...]