Bluefish Fishing for Beginners in the Surf 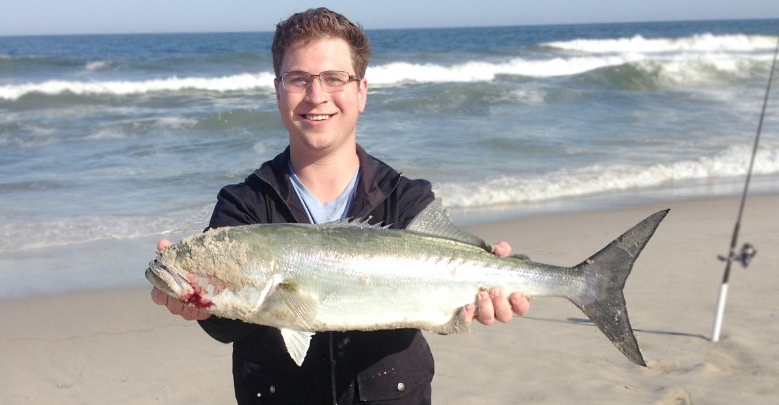 Bluefish Fishing for Beginners in the Surf

One of the most well-equipped predators in the Atlantic surf is by far the notorious bluefish. Armed with a very sharp set of teeth, they use their keen hearing and eyesight not to grab ahold of bait, but to chomp it. Their notoriety isn’t just among fishermen, but among all the other fish in the surf as well. When bluefish travel in large schools, a feeding frenzy can ensue where they pretty much ravage any bait they can find, even smaller bluefish. During a frenzy you’ll see baitfish jumping out of the water and even beaching themselves in the white wash trying to escape from getting chomped. If you’re present during this moment, bluefish fishing is a blast because bluefish will eat almost anything.

Where to Fish for Bluefish

Bluefish are a warm water species and they typically do best when the water temp is in the upper 50°-80°. As the water temp changes during the seasons, bluefish tend to follow the warm water. During the cold months, bluefish migrate south. When the water heats back up, bluefish move north. It’s usually during the Spring and Fall migrations that offer the best bluefish surf action. This is when large schools come in close to shore to feed heavily. Once they’re dispersed during the summer, they tend to spread out and vary between straggling and staying in schools.

To find schools of bluefish, find the schools of baitfish. Look for points along the beach or a cut in a sandbar where bluefish can more easily ambush and corral a school of baitfish. An incoming tide often brings baitfish into the trough along the beach, offering bluefish a great opportunity to push them into a corralling piece of structure. Learn to read the beach to find these structures such as a point, a jetty, a sandbar, or even the beach itself. Always be on the lookout for birds or commotion on the surface. An escaping school of bait fish cannot go beyond the surface, so they are often pushed upwards by bluefish. If you see a school of bait fish jumping, know that they don’t do this for fun, but to escape something trying to eat them. If you see birds hovering over the water and making dives, there’s probably a school of baitfish being eaten beneath them.

If you know that bait fish are around, using shiny lures and topwater baits are the way to go. A silver spoon is an excellent lure for bluefish and one that has probably caught more bluefish than any other lure on the beach. You need to keep your spoon moving at a fast pace if you want it to get attention. Bluefish seem to love challenges, so give them one. Topwater baits work great too, and are exceptional in their ability to entice bluefish. A “walk-the-dog” style topwater that gives a zig-zag motion replicates a wounded baitfish. A wounded bait fish is an easier meal. A topwater presentation will direct blues to your lure while you compete with a school of bait fish. If a bluefish so happens to see it, this motion can produce one of the most memorable strikes you’ll ever encounter on your surf adventures. This is why we at Tailored Tackle made sure to include both of these lures in our surf fishing kit. 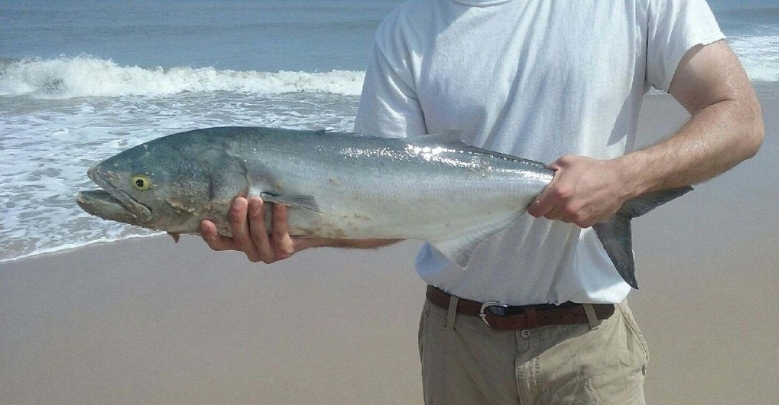 If there are no signs of bluefish around, then waiting for a school or a straggler to swim by is a common tactic. Remember that bluefish don’t grab and go—they chomp and go. Using a large bait isn’t recommended for this reason because it’ll end up chomped into two pieces. And for whatever reason, the piece that they take won’t have your hook in it. Juvenile mullet, called finger mullet, is a great bait in this case because of its small size. A finger mullet on a rig with a float and wire leader is the go-to choice for bluefish; however, full bunker or any fish for that matter will work too. Just make sure to cut them into chunks less than 2 inches thick so when the bluefish takes a bite it takes the hook too.

Bluefish have very sharp teeth, and always seem to be a bit irritated when they’re caught. Always be careful when handling a bluefish. Use a pair of long pliers or a hook removal device to unhook a bluefish. If the hook is too deep in the throat, then cut the line or wire as close to the hook as possible. When you fish a lure that has multiple hooks, like a topwater, consider removing the front hook. When you hook a bluefish on a lure with multiple hooks, a thrashing bluefish can easily hook you as well. 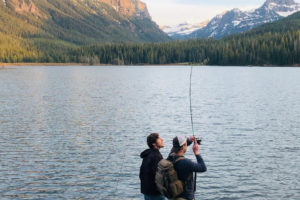 How to Fish for Trout in a Lake, Reservoir or Pond

Learning how to fish for Trout in a lake is[...] 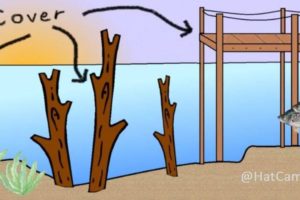 Jeff @ HatCamBass does a really great job explaining the[...] 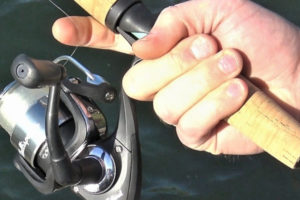 Monofilament fishing line is the old-school, classic line that’s been[...]