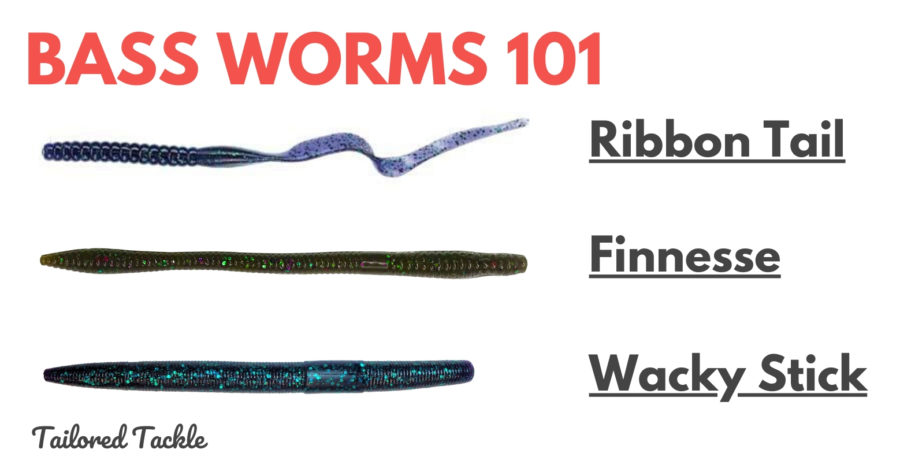 Fishing with plastic worms is a great way to catch bass. Available in many shapes, colors, and sizes, you won’t find a more versatile bass lure than the plastic worm. Artificial lures are made to mimic live bait and worms are a bass favorite. With the numerous ways to rig them, the possibilities are endless. However, plastic bass worms are a very broad topic, so were going to break it down to the basics.

Top 3 Best Worms of All Time

The Ribbon Tail is the most popular “throwback” worm of the bunch. Mostly used when more action or subtle vibration is needed, it excels in muddier water or in and around cover. Don’t hesitate to use the ribbon tail worm anywhere, it will produce. The tail’s effect is best produced by keeping the bait in motion. You want to be actively swimming or moving the plastic worm back to you on every cast. This way the tail vibrates in the water to call bass in.

The simplicity of a straight tail Finesse Worm is what makes it so popular. It can be rigged several ways and fished in any situation. Instead of swimming this bait, you want to bounce it around.  Jigging or dragging this plastic worm makes the tail end of the worm wiggle. Throughout your cadence, make sure to let the bait fall to the bottom. The rear-end tail will float upwards and wiggle. This looks like an aquatic worm or eel peaking out from the dirt.

The Wacky Worm stick bait is a type of straight tail worm, but we will put it in its own category because it’s the most popular of the bass worms. It became popular because of its success when rigged wacky style. It works on both casting gear or spinning gear. The stick worm will often get bites when nothing else will.

You can rig bass worms in many different ways. Because of the versatility of plastic worms, they work with many types of hooks. However, the most popular hook for rigging a rubber worm is the 3/0 EWG worm hook. The longer shank extends the worm and the extra-wide gap provides a better hook set on bass that chomp down on the plastic. The all-around rig is the  texas rig. Drag  it along the bottom with a finesse plastic worm or bounce it up and down. To work a similar method on finicky bass, rig a carolina rig with a 2-3 foot leader. The leader gives you more separation from the weight so tricky bass aren’t spooked. For the most finesses approach, rig up a wacky rig. This one is presented more vertically, and it wiggles on its way down. Toss it out and let it drop. Reel in a few paces and then let it drop again. For deeper, cold water bass, drift he dropshot rig across the mid-lake structure. Other ways to rig bass fishing worms is to use on a jig or a shaky head – the options are endless. 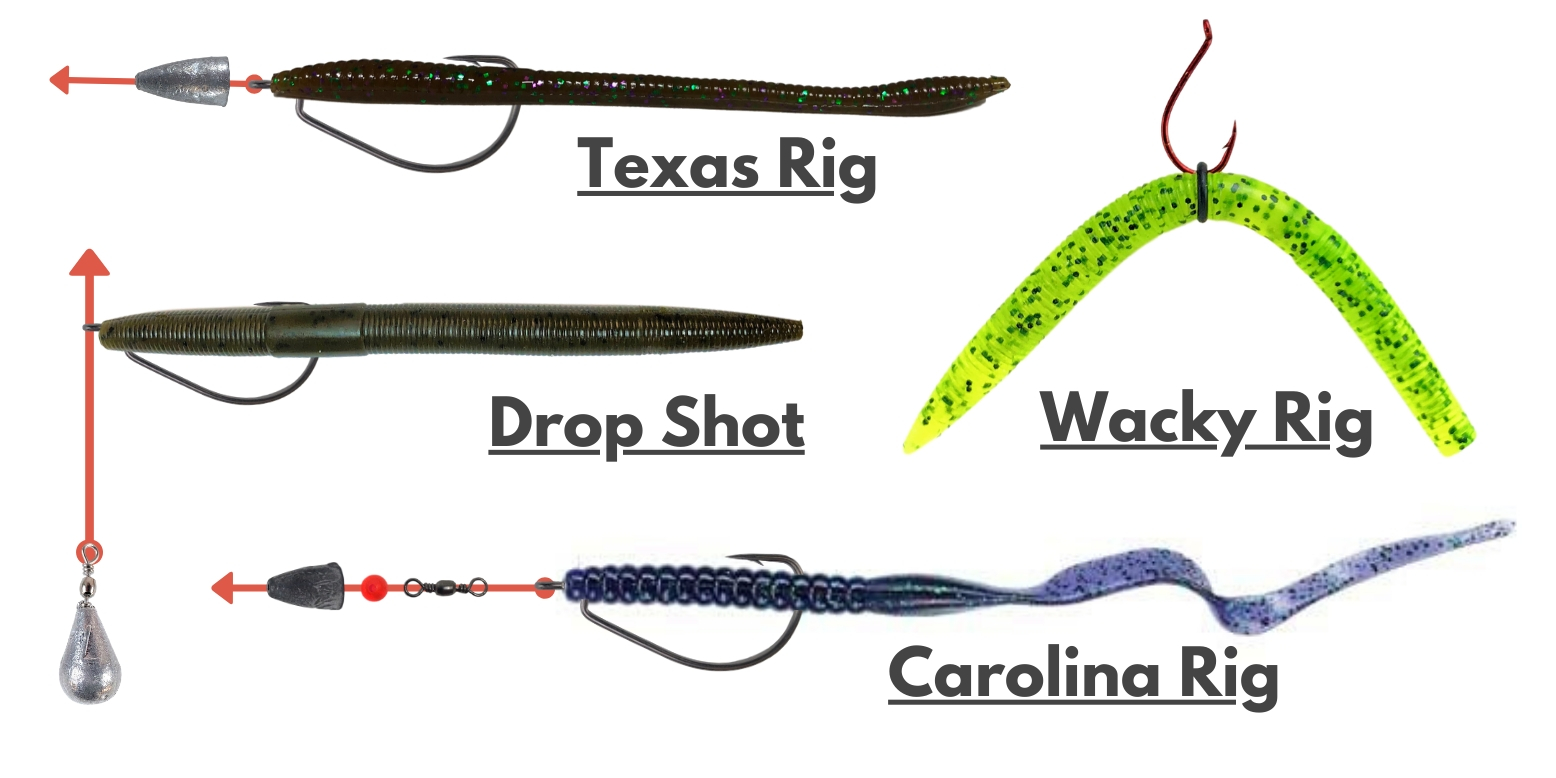 Zoom in on Fishing Tackle Diagram

How to Fish Plastic Worms for Bass

Although there are many types of plastic worms and several ways to rig them all, there are two main ways to fish plastic worms for bass. When you are around any sort of cover, the key is to pitch and flip the worm around the edges and within the cover. Search in and around the cover to increase your chances of finding bass. Rig your hook in a weedless fashion by covering the tip of the barb as displayed in the diagram above. The other popular way to fish a rubber worm is to target open water structure by casting and retrieving the bait. Structural features like points, offshore humps, and saddles are your target.  Use the drop shot rig in this deeper water to bounce or drag the bait back in.. Plastic worms can be worked fast or slow but let the fish dictate your approach.

Justin is an avid angler and content creation specialist with a major passion for the outdoors. He helps to create content for Tailored Tackle including photos, video, and fishing related articles. His career is in Civil Engineering and he graduated from Vermont Technical College in 2013. Justin is often found on both sides of a camera and enjoys hunting, golf, camping, and making maple syrup. He lives in northern Vermont with his girlfriend Amanda, stepson Charlie and dog Hank, not far from Lake Champlain.